We looked inside some of the tweets by @HotStoveintel and found useful information for you.

Aaron Hicks is envisioned as the #Yankees' No. 3 hitter to begin the season, manager Aaron Boone said.

Dave Roberts said Trevor Bauer has validated the reports of him being a good teammate through the first few weeks of Spring Training. He said he's been fantastic.

Dave Roberts Validates Reports that do not exist should be the headline. https://t.co/wZpqJRnPIW

Sandy Alderson, "Had we not pivoted to James McCann, we may not have been able to acquire Francisco Lindor and Carlos Carrasco."

Could’ve easily signed Realmuto at $23+ per yr and just not signed Kevin Pillar & Taijuan Walker. So, Bullshit Sandy. You lost out on Bauer. Just say it! https://t.co/9NPVyu0XWq

Rock came into the season with more to prove than most potential Day One college arms. Stock definitely rising now... https://t.co/Zz1XqdoXOX

What is Ohio St doing that there's better arms at University of Ohio, Cincinnati & Miami of Ohio than in Columbus? https://t.co/JnPDIp7TtP

Name a player that just vanished from the game of baseball, I’ll start: Scooter Gennett

@HotStoveintel Who is a bigger STUD long-term Kirilof or Lewis

I've been ridiculed for not loving Royce Lewis since the Draft. I got a lot of "See" after Royce won Arizona Fall League MVP. Still not there on Lewis. Not especially high on Kirilloff either. Corner only bats don't leave much intrigue. https://t.co/RKXUTLLawJ

Cocktail Before Dinner OUT Any Questions? Hot Stove, Draft, Upcoming Season... Love our Fireside Chats even when I'm Oceanside.

Nothing like an old white guy telling us “Golf will survive without Tiger. The game is bigger than any one man” Nope.... It’s Not 🐅 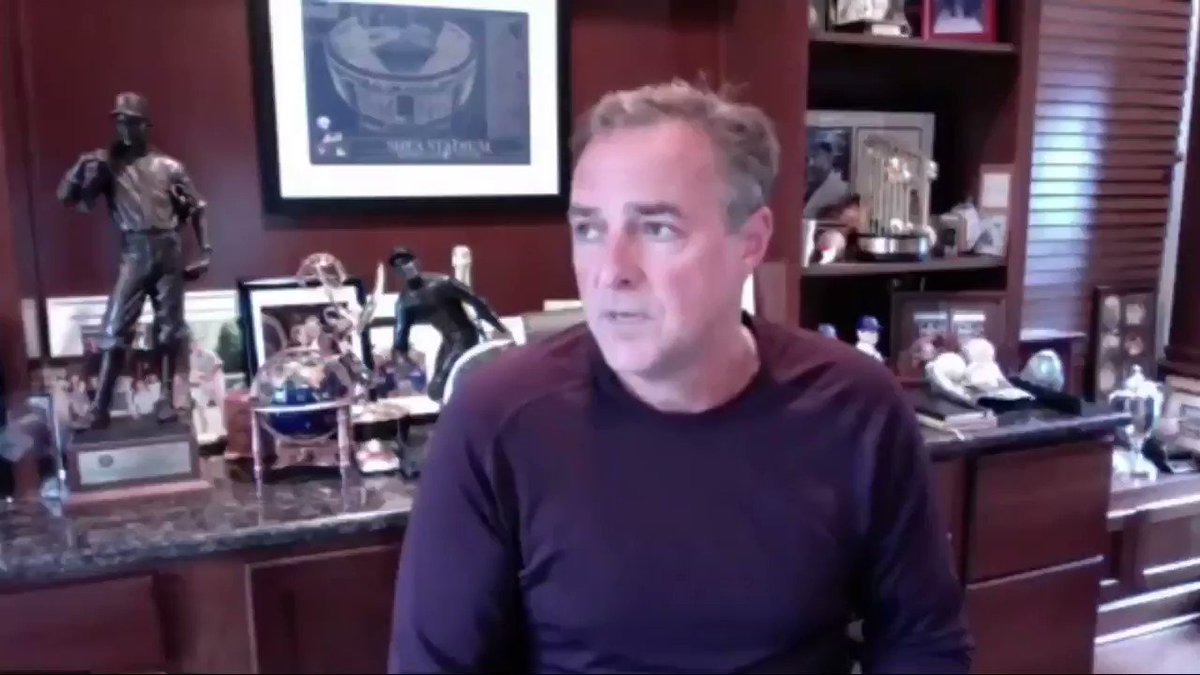 Clarke Schmidt has an extensor strain. He had MRI. Ligament is fine. Will be shut down for a few weeks #yankees

Won’t hold my breath on his return to the Mound before Memorial Day. How many times will Cashman & Boone say “Setback” this season? https://t.co/bqZZiB6ytc

Remember how irate Yankees Fans (and the media) were at Alex Rodriguez’s lack of production. After his post 2007 Opt Out & resigning for 10 Yrs $275... Alex produced 22.6 fWar. Pujols has produced 6 fWar for Angels over 9 seasons. Thank God he didn’t sign in New York!

Find a worst Free Agency Contract in MLB History than Albert Pujols? Nobody will say it because Albert is a class act, but it’s been an albatross. Yankees got 2 more fWar from Jacoby Ellsbury! Josh Hamilton, Justin Upton, Pujols. Only Correct Answer ~ O’s Chris Davis

New rule, we only talk about Cardinals Albert Pujols today. When I was first learning about baseball in the mid 2000's, Pujols was THE guy. He wasn't "one of" the best players in the game, there was Albert, then there was everyone else. Congrats on an inner-circle HOF career.

If Albert had any grace, he’d retire now. Work out a deal with Moreno. Seeing Albert as a shell of his former self is just sad. OPS Last 4 Seasons ~ .672 .700 .734 .665 Negate fWar All 3 seasons. Angels would cut him if there weren’t the upside of a shortened season! https://t.co/wo0GA7bvfB

Question start asking late in the process on Jackie Bradley Jr? Where does Boras have relationship with Ownership, a young player they're hellbent on retaining longterm & will offer a "Pillow" contract? Nationals? Tigers? Red Sox? Good Player wanted to get paid like a Great One

Jake Odorizzi Seems like a natural pivot for #Mariner right about now....

Dear @tigers Call Mariners on Julio Rodriguez before end of business today. Per Team Website on GM.... “Al Avila is an inspiring leader, committed to the community and a trailblazer for the many Latin American players and front office staff who will follow in his footsteps.”

Say an Employee takes to Court they’d like to be released from their contract because their Employer is racist & have proof... what happens? Julio Rodriguez should request his release from the #Mariners